Nestlé is closing the loop on flexible plastics

Well-functioning cycles for hard plastics from packaging waste already exist, whereas the recycling of films still has a lot of catching up to do. In Germany, Nestlé has partnered up with Papier Mettler and Der Grüne Punkt to close the loop on plastics films by developing a new type of shrink film made of recycled low-density polyethelene (LDPE). This post-consumer recyclate (PCR) is regarded as particularly difficult to re-use in the production of new films.

German consumers collect their packaging waste in the yellow bag and the yellow bin at the household. The result is a mixture of materials, including plastic, metal and composite packaging, which is contaminated by product residues and non-packaging waste. Modern sorting technology can produce up to 15 different material fractions from this mixture, including various film fractions. However, the composition of these film fractions is not homogeneous.

The joint project between Nestlé Germany, Papier Mettler and Der Grüne Punkt addresses the potential that film waste from household collection offers for recycling.  The aim is to give value to even difficult-to-recycle plastic waste such as film from household collection and create an incentive for high-quality recycling. To this end, the project uses Systalen LDPE recyclate which, combined with the use of a newly developed process, allows for the production of a high-purity recyclate from the film waste. Initially, 10 percent of Systalen is added to the shrink film for Nestlé’s Maggi transport packaging. Together with recyclates from commercial waste, it is possible to produce film with 50% recyclate. Thanks to the newly developed technology, a significant quality leap has been achieved in the film grades. The goal is to further increase the proportion of recyclate from household collection and to use the film for other applications. Nestlé aims to convert additional product lines to the new material. 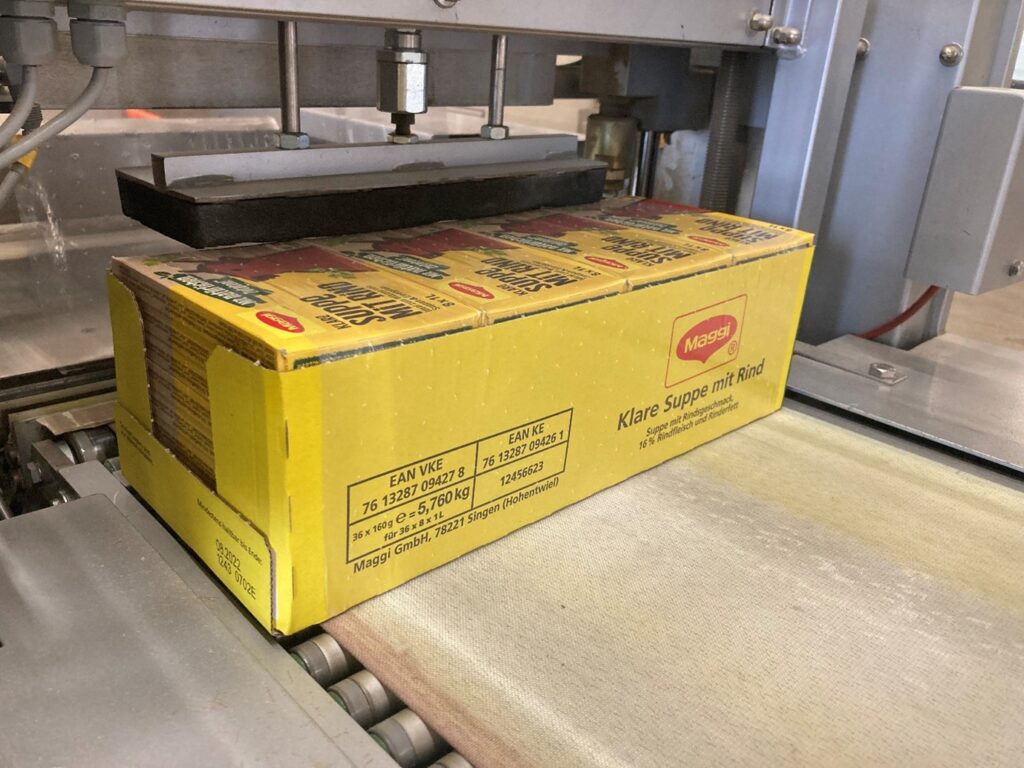