As a global business, Japan Tobacco International (JTI) is committed to play a key role in finding innovative ways to further reduce the environmental impact across their value chain. Not the least, a key focus area of these innovation efforts is taking meaningful steps towards more sustainable packaging.

An impressive example of such steps was given by JTI Germany reducing significantly the amount of plastic used in their fine cut tobacco packaging. Responding to both consumer preference and contributing to their corporate Sustainability targets, the decision was taken to introduce thinner walled buckets in the ‘Make Your Own’ segment.

In keeping with the belief that collaborative efforts and utilising expertise from across the value chain is key to success in driving Sustainability, JTI worked hand-in-hand with its packaging supplier to cut the amount of plastic by 10% for the Mega volume format and 16% for the Giant format respectively. While this may not sound impressive, it translates into more than 78 tons of plastic that has been taken out of the packaging in just one business year and in just one country.

This ‘less-plastic’ innovation was such a success, and was so positively received, that it has now been rolled out to a further four JTI markets, namely the Netherlands, France, Spain and Switzerland. Indeed, as JTI continues to roll this initiative out to other countries which use the bucket format, the company will be able to further reduce their environmental footprint.

The innovation didn’t stop at just making the plastic walls thinner. Consumer feedback revealed that the overwhelming majority didn’t use the plastic handle on the box, so JTI removed that too. Eventually, a refill bag which allows consumers to use their buckets continuously was also introduced – even more plastic packaging saved. And the journey continues…

Sometimes a simple change can make a big difference! 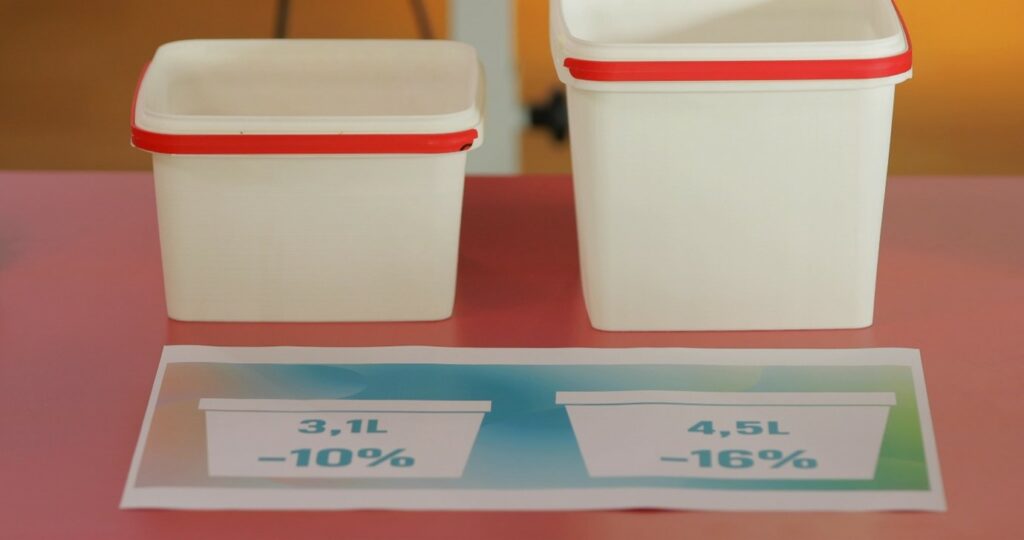